What is Isekai anime?

Isekai is a Japanese word that best translates as ‘Another World’. Isekai Anime is a sub-genre of Anime that sends the main character in the story away from their familiar world to another strange world, one with which they are unfamiliar. Often these other worlds are magical places where the unexpected frequently happens. Sometimes a character can be sent to a world where they will encounter terror and fear.

The first anime to be classed as Isekai was produced in 1983 and was called Aura Battler Dunbine. The main character in this story was a Tokyo boy called Shou who was sent to a medieval fantasy world where mechanized insects ruled. Probably the best-known Isekai anime was Spirited Away from 2002.

Here are the top ten best Isekai anime series you should try to watch during 2020.

1. The World’s Finest Assassin Gets Reincarnated in Another World as an Aristocrat (2021) 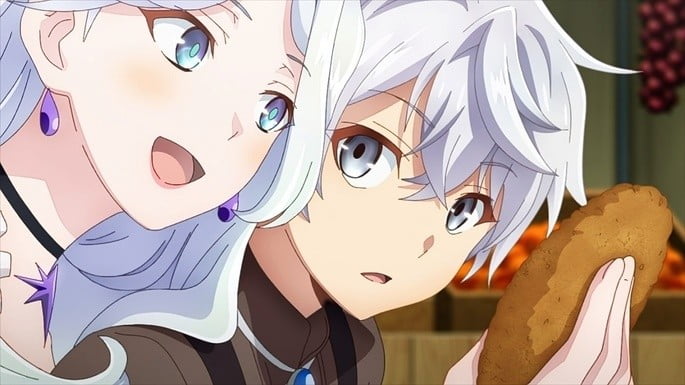 When the best assassin reincarnates into another world, he faces obstacles. His success rate satisfies his new organization, but he’s also caught up in an organization that wants to kill him. A goddess asks him to perform a new task in this other world and assassinate a hero.

Of course, the assassin accepts, and little by little, he becomes part of his new family of murderers. But when he meets the hero, he realizes that only someone with no fault can end up with such a specimen. 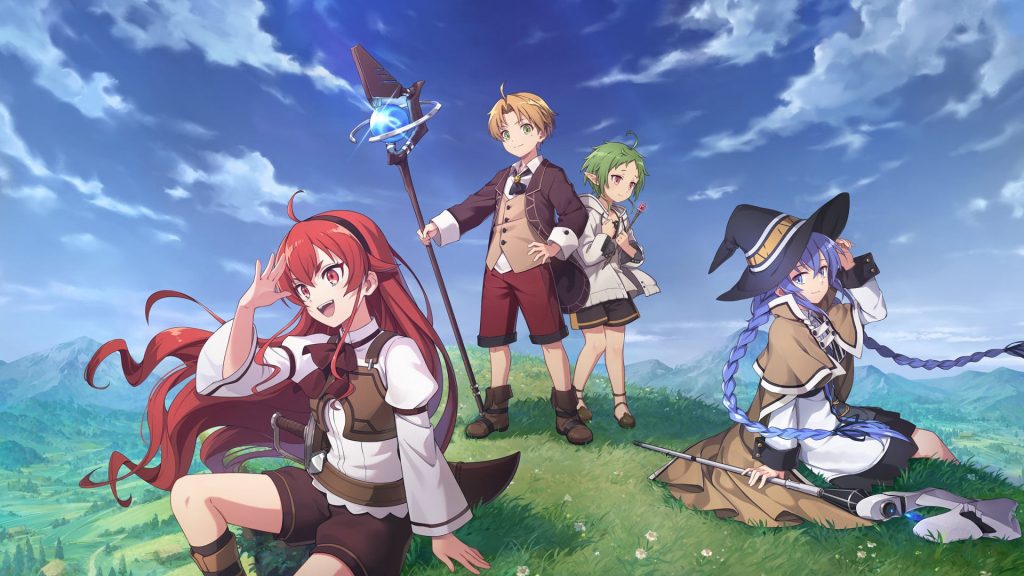 The protagonist is a 34-year-old man who used to live his life in regret. He dreams of achieving much more; until one day, he is given a second chance. Now he has been reborn as a baby – with magical abilities. With only a little courage left to fulfill his dreams, he embarks on an adventure that suits him best – thanks to all the experience gained from living life for 34 years.

3. The Rising of the Shield Hero 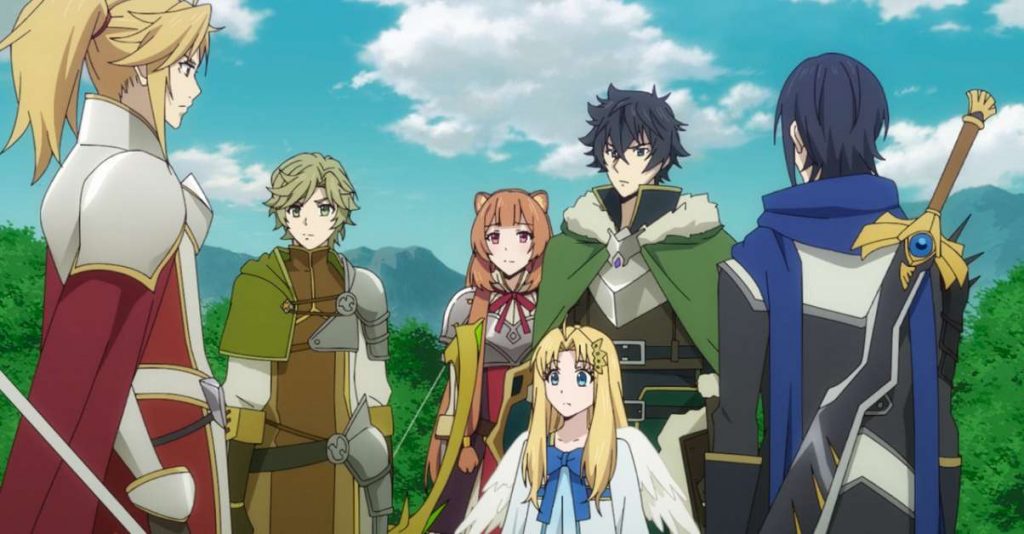 Melromac is a country in desperate need of help, which is why the Queen summons four heroes. The Queen gave the heroes shields to defend the kingdom from the Waves of Catastrophe, but whoever received the shield feels unlucky. Naofumi Iwatani was given a shield, and he felt unlucky when he arrived to help Melromac.

4. Re: Zero: Starting Life in Another World 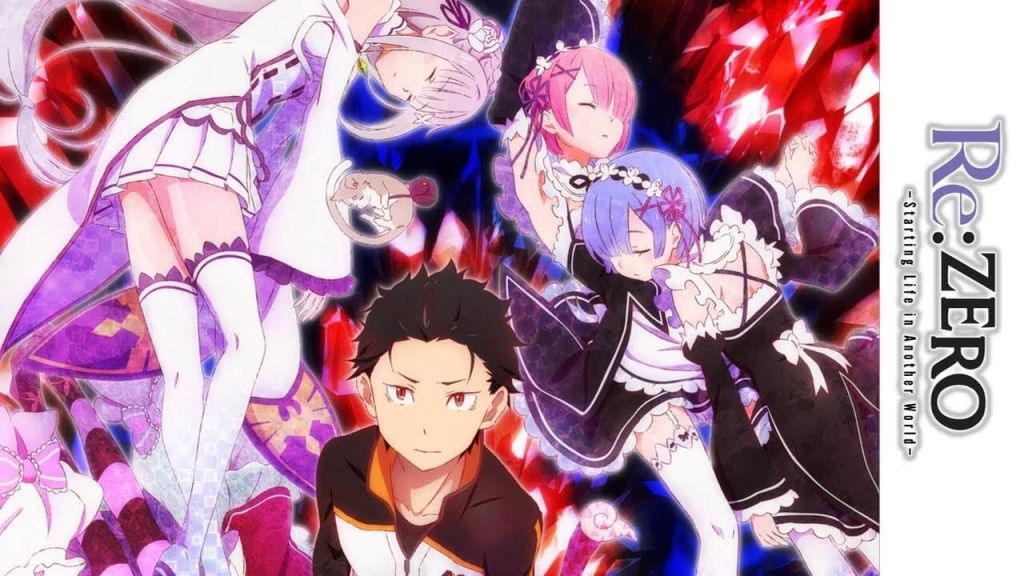 In Re: Zero, Subaru Natsuki is the main character who is taken to a fantasy world and is granted the power that after he dies, he goes back to the point just before his death and has the chance to change the course of his life. This anime has been around since 2016 and yet is still popular.

5. That Time I got Reincarnated as a Slime 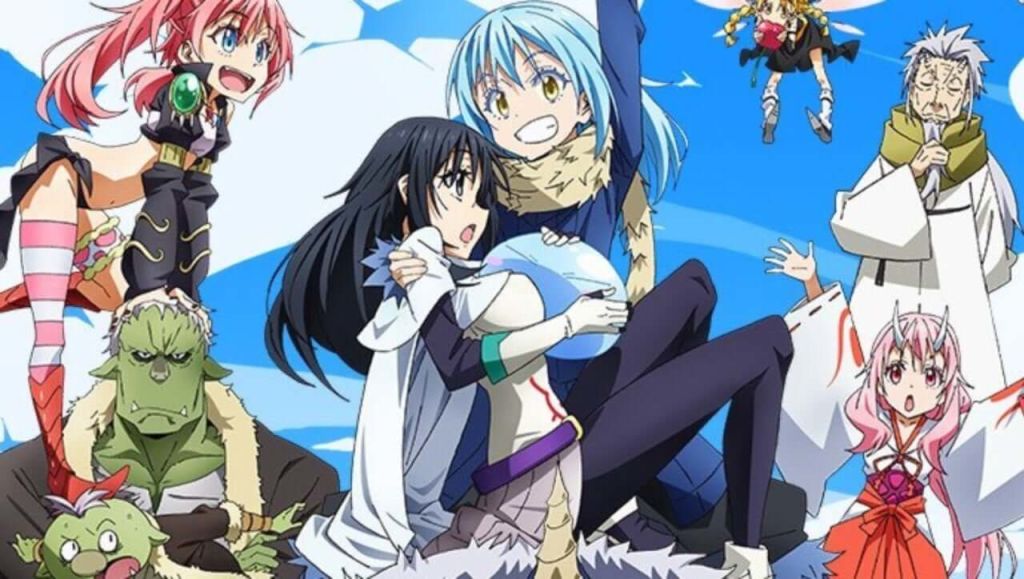 A 24-episode series from 2018, this is the story of Satoru Mikami, who gets stabbed and is reincarnated as a slimeball. This gives him the power to take on different appearances. After meeting the Storm Dragon Veldora, he does a deal with her so that he becomes the hero Rimuru Tempest. A new series is planned for 2020. 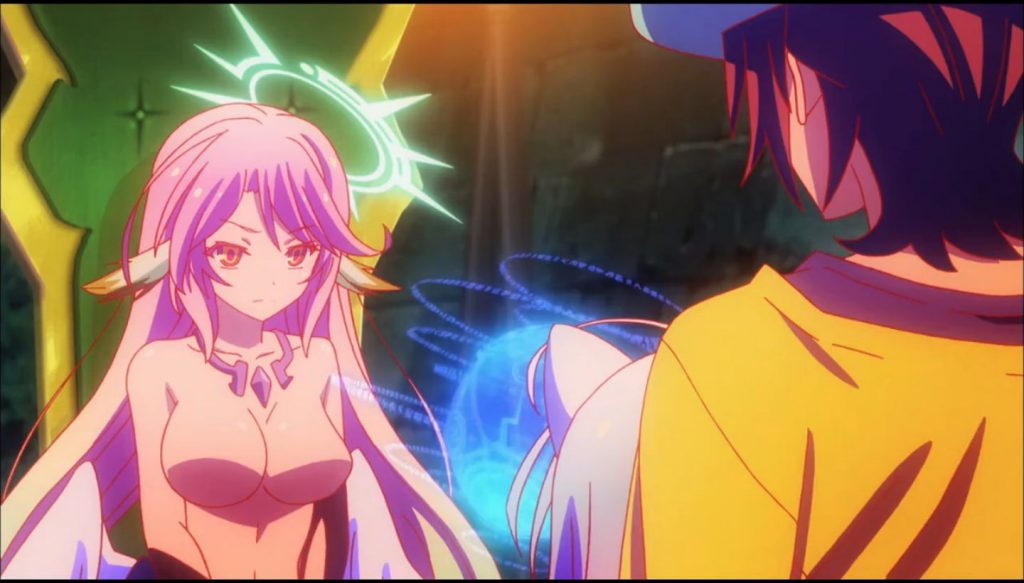 Sora and Shiro are brothers and are recognized in the video game world for being an invincible entity called “Blank.” For them, the real world is another game, but when they receive an email that challenges them to a virtual game of chess, their lives change dramatically. The brothers are transported to a mysterious realm where they meet Tet, the God of Games. Kobayashi is an office worker who needs help with her housework, so she decides to get a maid. The proper word for female maids in Japan is “Okazaemon”. Kobayashi finds the maid in a park and takes her home. Kyobashi is Kobayashi’s classmate who runs into Tohru when he’s drunk.

8. The Misfit of the Demon King Academy 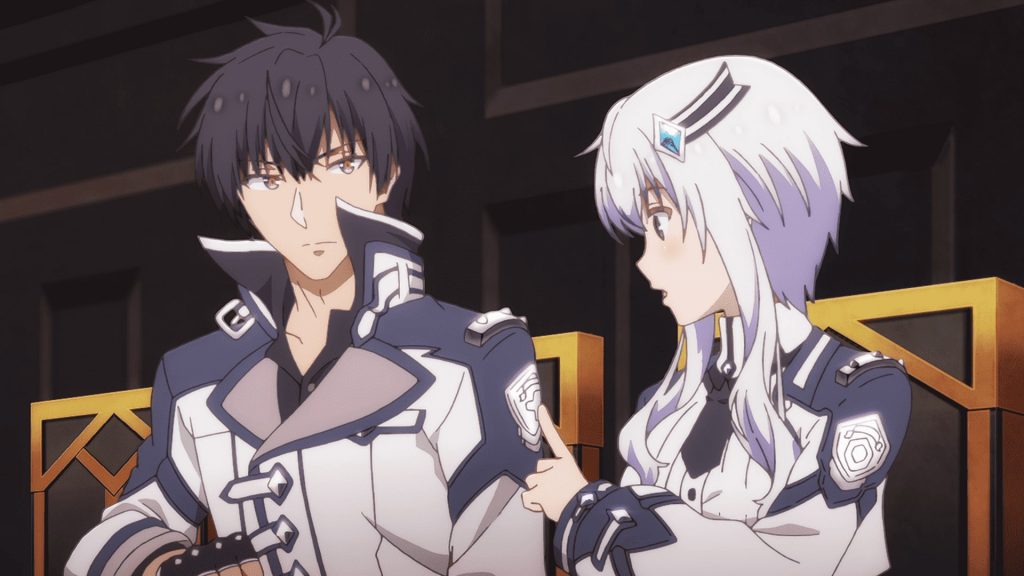 In this world, the demon king sacrificed himself for the peace of mankind. However, he has been asleep for two thousand years and is now bored with his sleep. When he reincarnates in this world again, two thousand years later, he realizes that society is divided between those with just demon blood and their direct descendants with some combinations of human and other races.

Anos, a demon hybrid, tries to restore his family line and reclaim it as the Demon King. But first, he must complete his tenure at the school for lesser demons before he can be the leader.

Yggdrasil, a hugely popular VR game, is about to disappear. The mage character in it decides to spend his last moments within the game.

But even though the game was supposed to be gone when people logged off, the main character is still in character and fully aware of everything, while he encounters NPCs who seem to have developed personalities of their own. The hero decides to take charge of this new world while wondering if other players are like him. 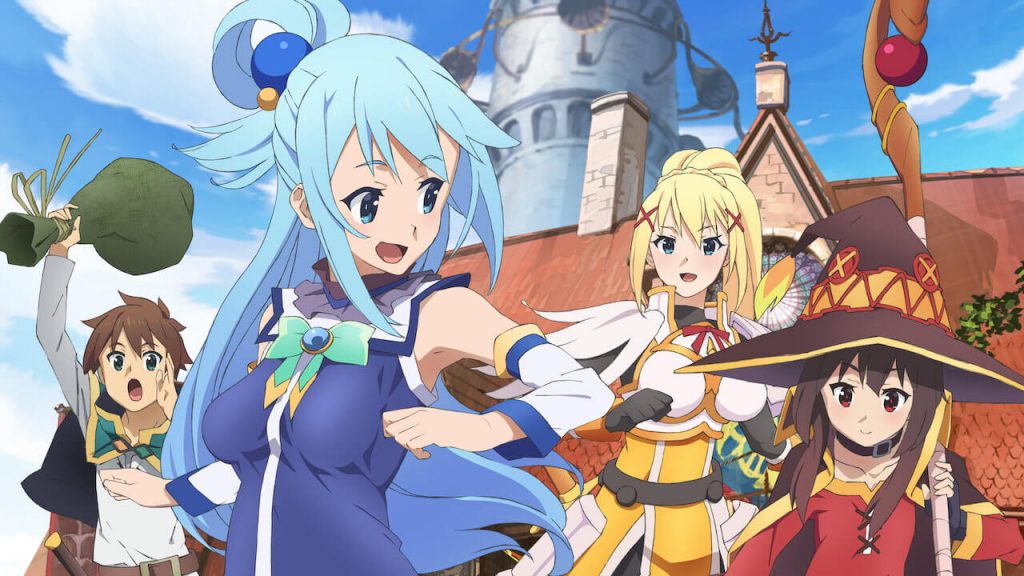 After a humiliating death, reclusive student Kazuma Satou finds himself before the goddess Aqua. She gives him two options: go to heaven or have a new life in a magical world. Of course, Kazuma decides to reincarnate, becoming a warrior tasked with saving the world from evil. To make matters more complicated, Aqua is also in this universe, and Kazuma will soon discover that the “goddess” is useless as a partner.

11. How NOT to Summon a Demon Lord Cross Reverie is an MMORPG where Takuma Sakamoto is one of the most prominent players. He is known as the “demon king.” But his quiet life changes drastically when he is summoned into a magical universe, and realizing it, his appearance has completely changed: he now looks exactly like the character he had in the video game. The problem is that Takuma doesn’t know how to talk to people, is a socially awkward young man, and is very afraid of people. 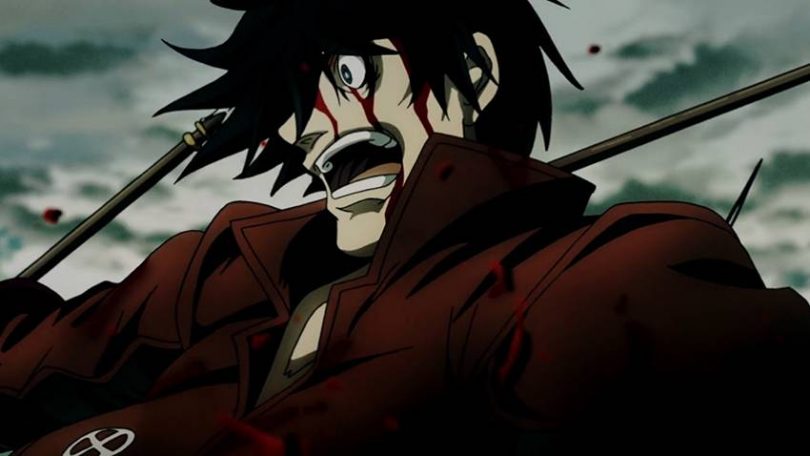 A dying soldier is sent to an alternative world where he makes friends with two other dead soldiers from the past. They are tasked with fighting the Ends. 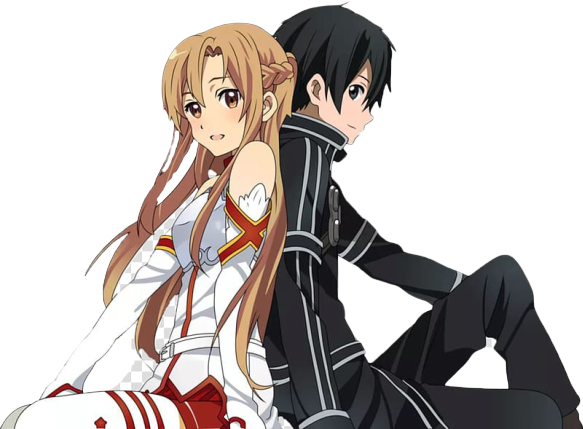 It’s an anime where characters get to play inside the game, which was newly released.

Kirito, one of the characters of Sword art online, enters the game, where he soon meets and befriends a newbie player. The story begins in 2022; It’s a fantasy adventure in which Kirito is trapped in a game that the game maker has locked. 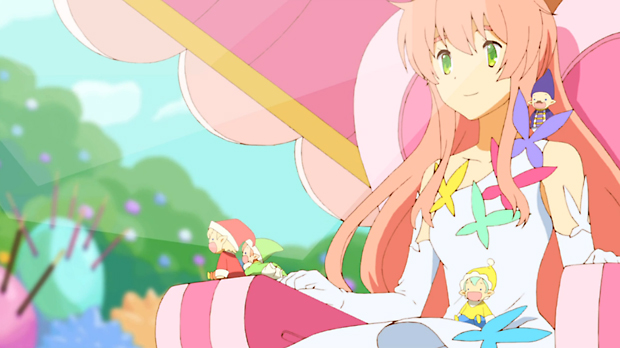 This story is set in a future post-apocalyptic world, where a new race has developed, called Fairies. The heroine can speak with humans and fairies, so her tale unfolds. 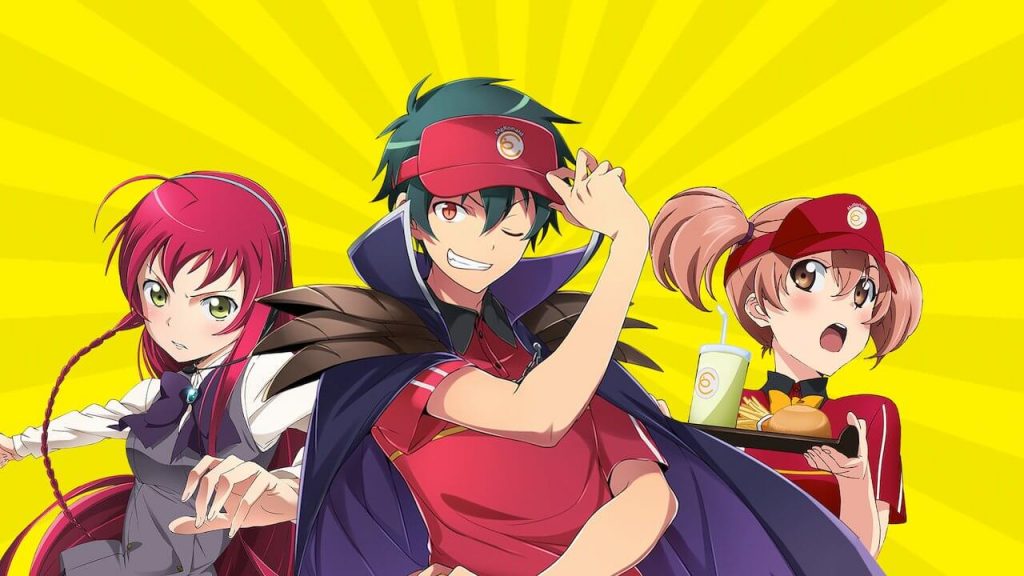 A devil and an angel end up living on Earth and have to get by in this comedy fantasy. 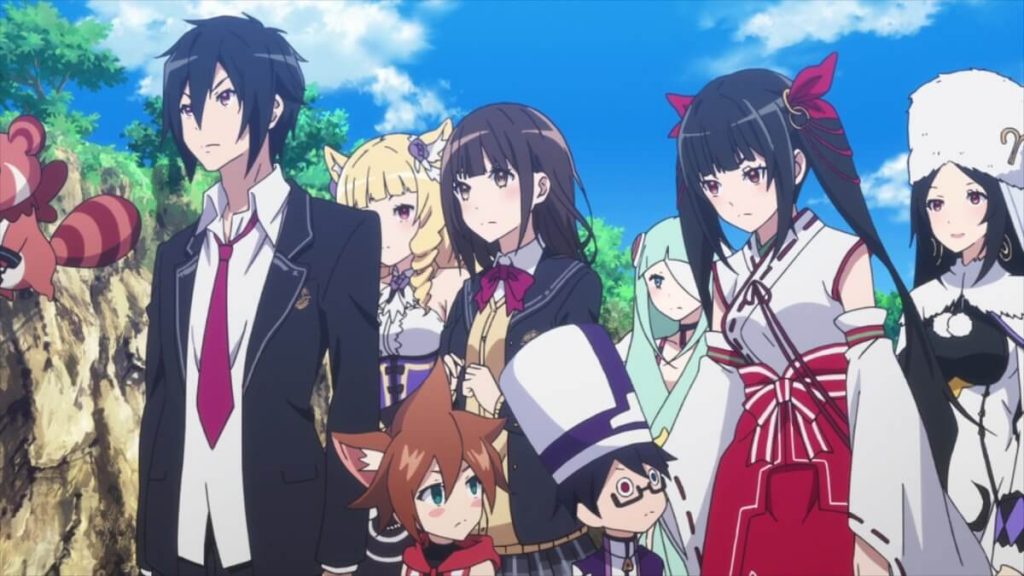 Conception is a story about a guy Itsuki Yuge a high school student who discovers on his graduation day that his cousin and youth friend Mahiru is pregnant. Afterward, Itsuki and Mahiru are taken into a mystic world called Granvania, which is currently trespassed by monsters. The only people who can fight and exorcise the monsters are the “Star Children,” and the Star Children can only be produced by the 12 “Star Maidens.” 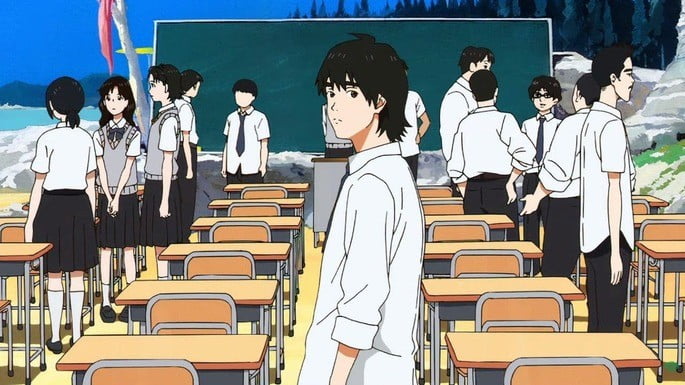 A group of students from Nagara School discovers themselves, with newfound skills, in an alternative dimension. They’ll have to work together to survive and find a way back home. They Don’t know not if their differing creative abilities will help or hurt them. 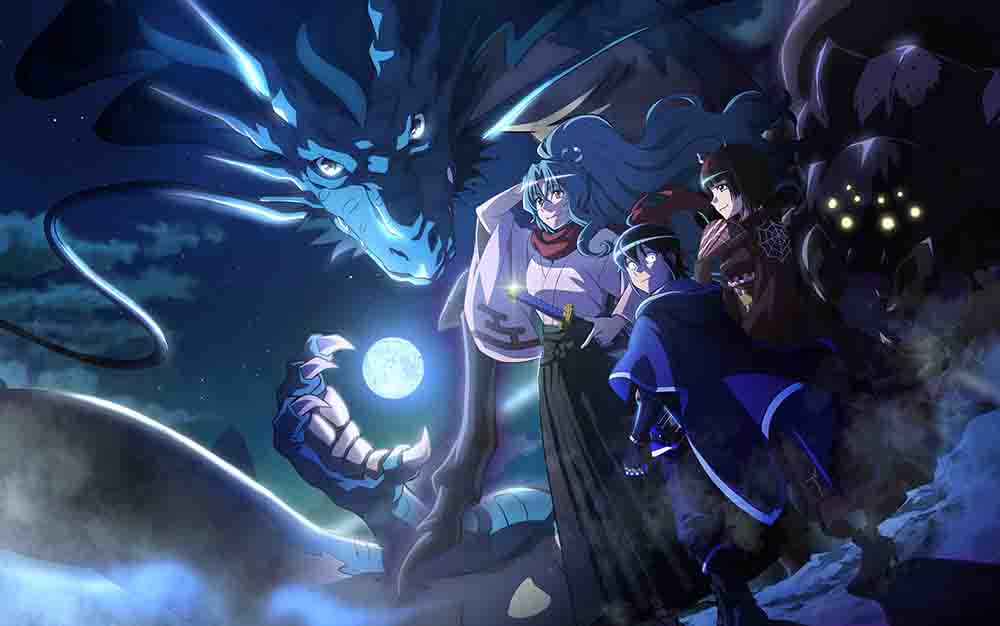 Makoto, an unassuming Japanese teenager, is transported to a new world and given the responsibility of saving it. The goddess of this newly created world declares Makoto too ugly to be its hero. She strips him of his title and exiles him to the furthest reaches of her universe, where he can see the great potential in his magic abilities. We will see if he can make something great out of this bad situation he was dealt unfairly at first. 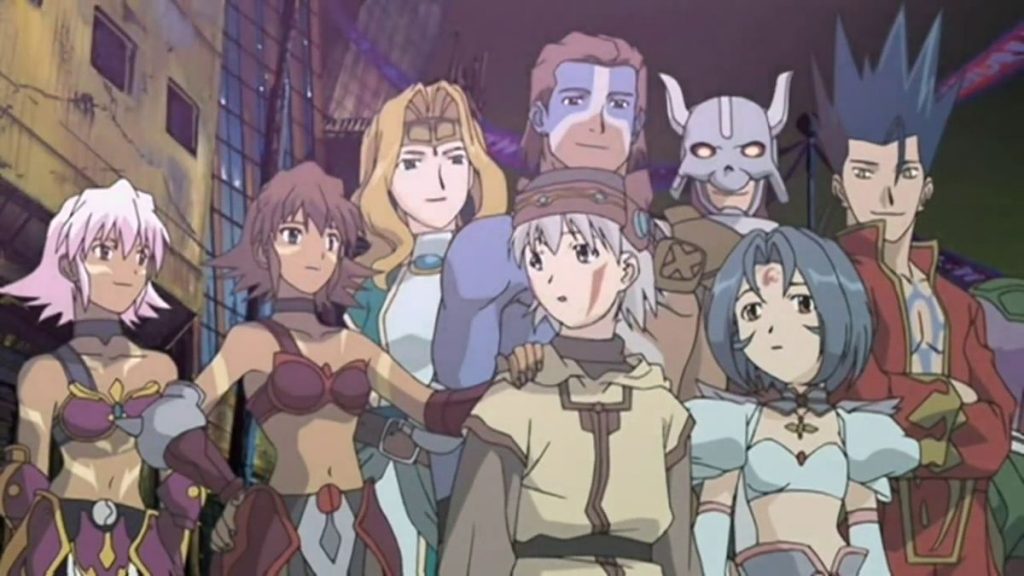 Another Isekai is about a video game where its protagonist is trapped without knowing why he can’t leave the game. In this case, our protagonist is Tsukasa, and he wakes up with amnesia in an MMORPG called The World. Based on the manga by Rumiko Takahashi. InuYasha follows the story of young Kagome Higurashi, whose ordinary life abruptly stops when she is transported to another world. A demon has kidnapped her and attacked her because, inside her, there is a powerful ancient pearl that can give her powers that could end the world.

These few are the best Isekai Anime or, say, Another World Anime You should watch if you are into “another world” based story. We will keep updating the Isekai Anime list from time to time. In Case you are worried about where to watch these animes check our article on apps to watch anime. 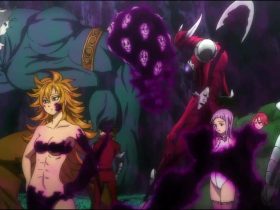