Owari no Seraph,(Seraph of the End: Vampire Reign) is a manga illustrated by Yamato Yamamoto and created by  Takaya Kagami, Published on September 3, 2012, on Jump Square magazine by Shueisha. The anime adaptation started airing on April 4, 2015, on the television network Tokyo MX, MBS, TVA, BS11, under the direction of Daisuke Tokudo by Wit Studio.

This series was licensed by Funimation in the United States, Universal Studios in the United Kingdom, and Yowu Entertainment in Spain.

A young guy named Yūichirō Hyakuya combines a vampire extermination device to avenge the deaths of his own eponymous family and recover his best buddy Mikaela Hyakuya in the vampires. It began publishing in Shueisha’s Jump SQ in September 2012. 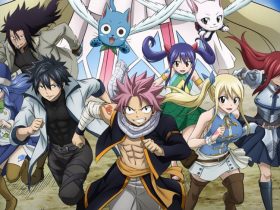