Death Note anime follows the story of a student who discovers a Powerful notebook with deadly powers. With this, he could kill anyone he wants to kill by just writing the name of the person he wishes to kill. Confused about his powers, he starts to kill those he considers unworthy of life.

The Death Note has a total of 37 Episodes With a minimal number of fillers. Below is the list of Death Note Episodes List along with the Death Note Filler List.

Following are the Death Note Episodes along with if they are fillers or not. 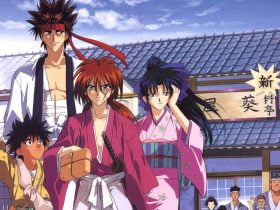