Denji is a manga protagonist in a series of manga and anime. The Chainsaw Man manga follows his story from the beginning of his career as he goes through one situation after another. It’s a roller coaster ride of highs and lows, surprises, tragedy, and lessons learned.

Before studio MAPPA made this anime adaptation, all these fans already knew Denji and his bloody story from the manga by Tatsuki Fujimoto. Chainsaw Man is known as a bloodthirsty monster by demons and a hero by humans, but in reality, Denji is just a teenage boy trying to live a normal life and fulfill his love dreams.

In this list, you will see a summary of Denji’s entire trajectory and his main ambitions divided into ten facts. But, to better approach the character, the list will contain much information about the Chainsaw Man manga.

ADVERTISEMENT . CONTINUE READING BELOW.
Contents show
Facts about Denji
1. The Yakuza tortured him
2. He Had a horrible father
3. Pochita was her only friend
4. He’s a human hybrid with a demon heart
5. Obsessed with Makima
6. Never studied at a school
7. He is not a hero
8. Does not like his companions
9. Desperate to have a girlfriend

1. The Yakuza tortured him Before joining the demon hunters, Chainsaw Man was always either performing errands for the Yakuza or getting tortured by them. He never had any money to pay off his father’s debt, so they would just torture him and laugh about it. They also forced him to kill demons and loaned him special demon-hunter weapons.

Denji didn’t want this unhealthy lifestyle, but he couldn’t leave and live alone. That’s probably why they handed him over to a demon as a sacrifice when they were finished with him. But Pochita saved Denji, and he was reborn as Chainsaw Man.

2. He Had a horrible father 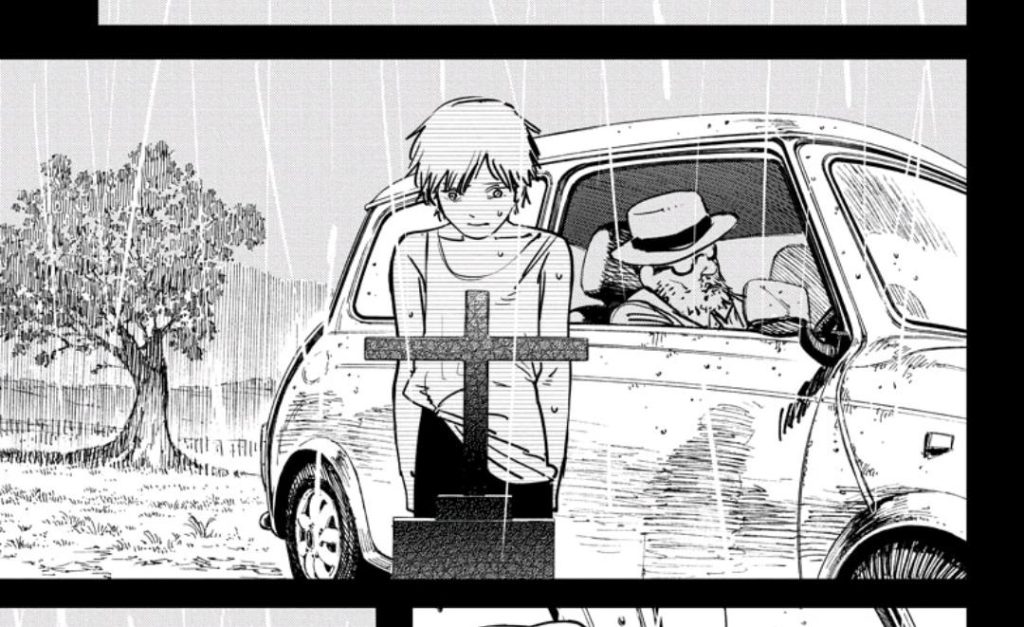 The typical shonen protagonist is an orphan and has endured a traumatic past. Tatsuki Fujimoto took the concept to a different level when developing Denji. Early on, his father is shown as a bad person for leaving him mainly with a Yakuza debt. But as they revealed more details about Denji’s past, we were told he was worse than first described.

Sometimes in the manga, Denji has small flashbacks of his past. These memories are often repressed by the weight of what they remind him. Makima makes him face his past, and then he remembers that when he was a child, his father was an alcoholic who nearly killed him with violence. This is why as a young boy, Denji ended up killing his father in self-defense.

3. Pochita was her only friend When Denji was still being forced to work for the Yakuza, he met Pochita, a small demon who became his pet. Eventually, Pochita’s adorable form changed into one meant to intimidate people, but Denji found a way to use that as his chainsaw to kill demons.

In Denji’s life, he was alone for a long time. One day, he met Pochita. The two became best friends and learned about each other. When Pochita heard about Denji’s life goals, she offered to help by saving him and helping him fulfill his dreams.

4. He’s a human hybrid with a demon heart 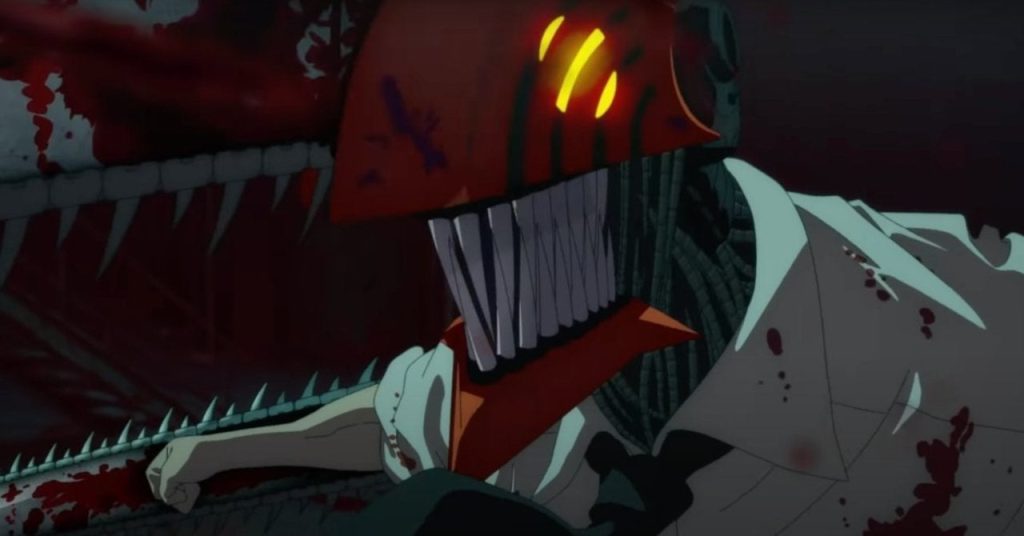 After the merger between Denji and Pochita, Denji became an unusual mix of human and demon. He still appears to be human but now has a demonic heart using Pochita’s powers.

Even so, unlike the cases where demons take over the physical body of a human being, Denji continued to live normally, and Pochita just acted as his lifeline. This also brought many benefits to Denji, such as his healing ability that gave him immortality. 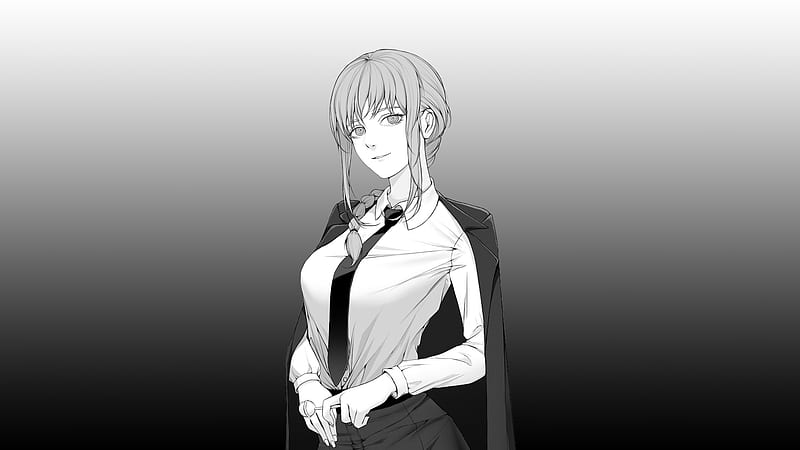 Before he met Pochita, Denji wanted nothing more than to live a normal life. He found that after meeting Makima and fell in love for the first time. This woman taught him about being in a relationship and it made him fall in love with her.

Denji was taken to join the demon hunters, and Makima offered him a place to live. However, seeing how she treated him, it was apparent that her intentions were more than being hospitable. Seeing how Denji had dreams of love, he easily fell in love with any woman who treated him well. When his biggest crush turned out to be Makima, even after she treated him like a dog, he couldn’t help but admire her beauty and adoration.

6. Never studied at a school Though he has a lot to learn about the basics of his society, Denji doesn’t know about education and what life is like for the average human. Aki is surprised to learn that Denji has never been to school and has incredibly little knowledge about the pacts between humans and demons.

Aki notices that Denji doesn’t seem to know what he’s doing. When Aki tries to strike up a conversation, Denji wouldn’t even look him in the eye, and he responds as if they were enemies – not friends and comrades-in-arms who spent months together struggling against the oppression of an unbalanced tyrant and his obligator. One of the things that shonen manga protagonists like Luffy and Naruto do is stay strong to protect people. On the other hand, Denji doesn’t make other people’s needs a priority, which renders him as too different from these noble protagonists. For example, he cares about his own goals but doesn’t seem to care about innocent people who die in the middle of the fighting.

Chainsaw Man is seen as a hero by the population, but Denji still remains his usual impulsive self. When a demon threatened civilians with their lives, Denji did not care about the victims and continued to attack them regardless of the consequences. Denji became a demon hunter when he was trained by Aki Hayakawa, one of Makima’s subordinates. Typically, Aki would supervise and care for Denji, but they had a falling out early on. On their first patrol, Aki beats up Denji and tells him to give up being a demon hunter, but the boy retaliates by hitting Aki in his private parts. That was the last straw; ever since then, the two have come to hate one another and their animosity only increased with Power’s arrival.

Power is an 18-year-old demon hunter who works for Makima. Power was not taken care of well by her parents, so she lived with Aki and Denji. She also tricked Denji into being eaten by a demon in exchange for his cat, Coop, which is why he viewed his two teammates with contempt for quite some time.

9. Desperate to have a girlfriend 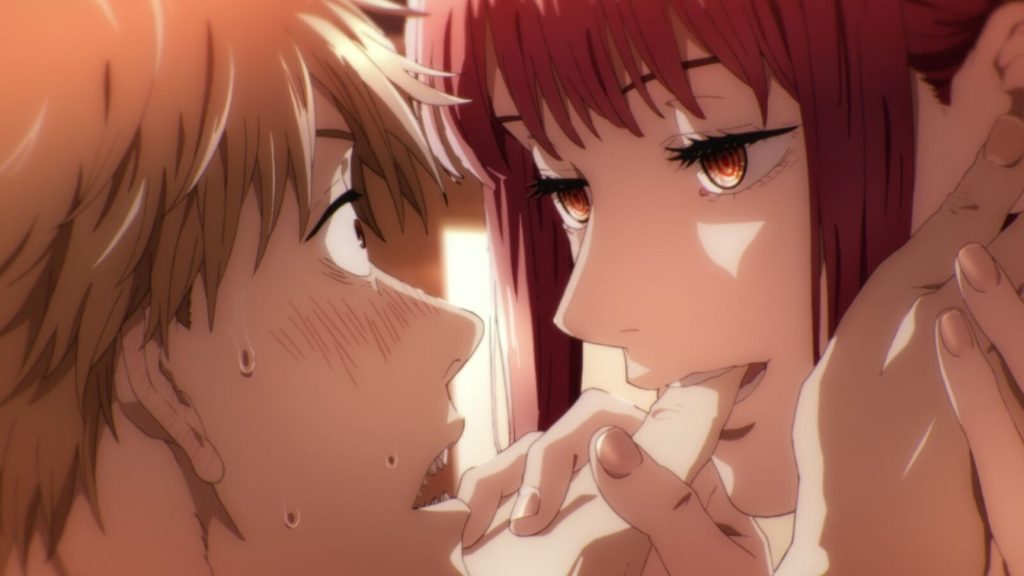 Even after discovering Makima’s true intentions, Denji continues to like her. He was just sad that she is only interested in Chainsaw Man’s powers and doesn’t care about the good guy underneath all of it. However, since then, Denji has abandoned his old aspiration to get a girlfriend and now wants to pursue it using his Chainsaw Man fame.

In the last chapters of the manga, Denji makes a comeback and says he will make people find out he’s Chainsaw Man just to get popular with girls. Now he wants a girlfriend so bad, he doesn’t even mind revealing his identity to the public.