With the announcement of multiple anime releases confirmed we have received another update which is about The Eminence in Shadow. The anime will hit Japanese televisions in 2022 which is confirmed by their official website.

With the release of confirmations the first promotional image, information about the studio working on the project and the first official trailer is also released. All these details are shared on their anime official website. 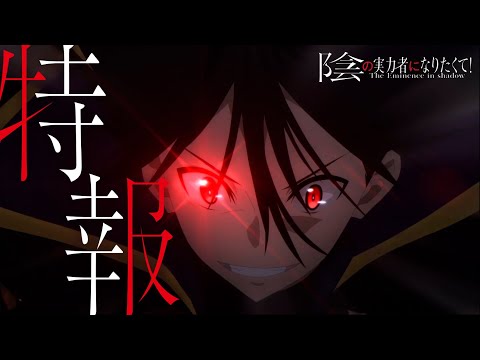 The animation of the anime will be done by the Nexus Animation Studio. And other Details which include:

The Eminence in Shadow Promotional Image Shadow brokers are beings that go completely unnoticed and pose as nondescript people when in reality they are the ones who control everything from the shadows. Cid, the protagonist of The Eminence in Shadow, trains every night to become someone like that, but his life changes the moment he dies from a fatal accident. To his surprise, this young man awakens in another world as the leader of a secret organization secretly fighting the forces of evil. Your time has come to an end.