One Piece is an animated television series, or what is the same anime. This Japanese television series started in 1999. One Piece has become one of the most famous franchises with the series and a few more movies. Movies that we are going to list in the following sections. These films are sided stories that are based on the series but without any continuity with it.

Another possibility is the 12 special programs that have also been carried out for the series. Two short films must be added. One of those special programs was based on the crossing of 3 essential manga series in that area; in addition to One Piece, Dragon Ball Z and Toriko were rebroadcast. It is the first film in the franchise. It premiered in March 2000 in Japan. It was featured in a double show alongside Digimon: Our War Game. In the first week at the box office, he came in second, in the second week, third, and first in his fourth and fifth weeks at the box office. 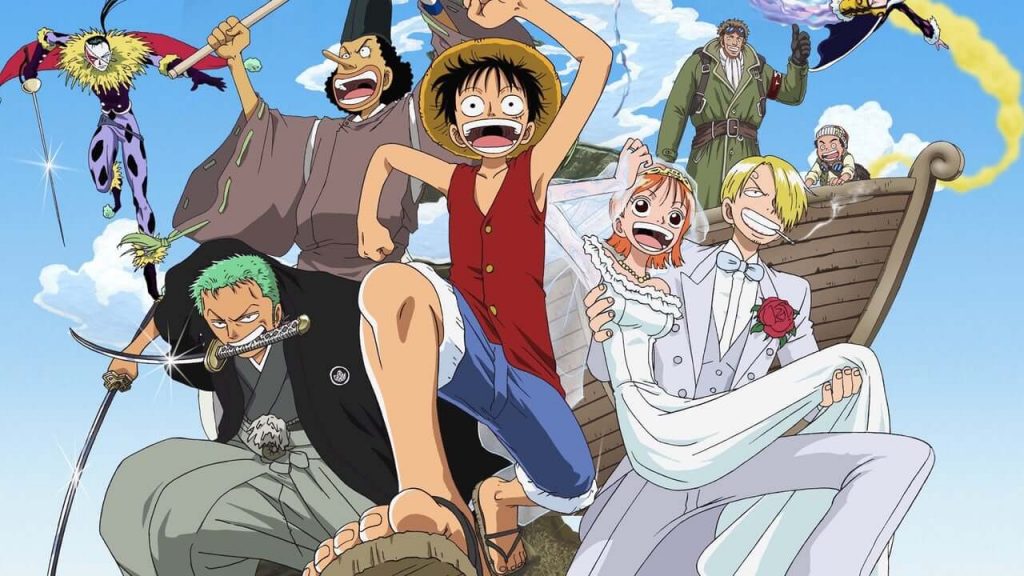 It is the second film of one piece series, but the first in the ranking. It premiered in March 2001. It was featured on a double show alongside Digimon Adventure 02: Diablomoon Strikes Back.

3. Chopper’s Kingdom on the Island of Strange Animals

One Piece Movie 3 Trailer - Chopper's Kingdom on the Island of Strange Animals
It is the third animated film in One Piece. It was released in March 2002. It was presented with Digimon Tamers: Runaway Locomotion. In the first six weeks, it enters the top 10 at the Japanese box office. In the first two weeks, it ranks third, fifth and fourth in the third and fourth weeks, and sixth in the fifth and sixth weeks. It is the fourth film in the franchise. It was released in March 2003. In the first week, it took second place, fifth place for the next two weeks, sixth place two weeks later, sixth place in its sixth week, and tenth place in week 7 of the broadcast.

It is the fifth animated film in the franchise. It was released in March 2004. In the first week, it rose to third place, in the second week it was in fourth place, in the three weeks after it it is positioned in fifth place.

6. Baron Omatsuri and the Secret Island

It is the sixth film in the animation franchise. It was released in March 2005. In the first week, it was in third place, in the second week it was in fourth place, two weeks in sixth place, in fifth place during the fifth week and in seventh place within the sixth week.

It is the seventh part of One Piece. it was released in March 2006. During the first week, it was positioned in fourth place, later in sixth place in the second week, and in seventh place in its third week. In the fourth week, his flirting was sixth, in the fifth week, he was in fifth place, and in the sixth week, in tenth place.

8. Arabasta: The Desert Princess and the Pirates

One Piece Movie: The Desert Princess and the Pirates: Adventures in Alabasta Trailer

The eighth One Piece movie is a recap of the Alabasta arc telling, in a nutshell, all the events that took place from episode 92 to 130. In this arc, Luffy and his crew help his new companion, Princess Vivi, to save their homeland. , Alabasta, from the tyranny of the Shichibukai Crocodile and their criminal organization called Baroque Works.

Unlike the others, this film is considered canon because it tells an original story from the manga. It basically retells the story in the same way as the anime, but with better animation and straightforward pacing focusing on the main scenes of Alabasta.

9. Episode of Chopper Plus: Bloom in the Winter, Miracle Cherry Blossom 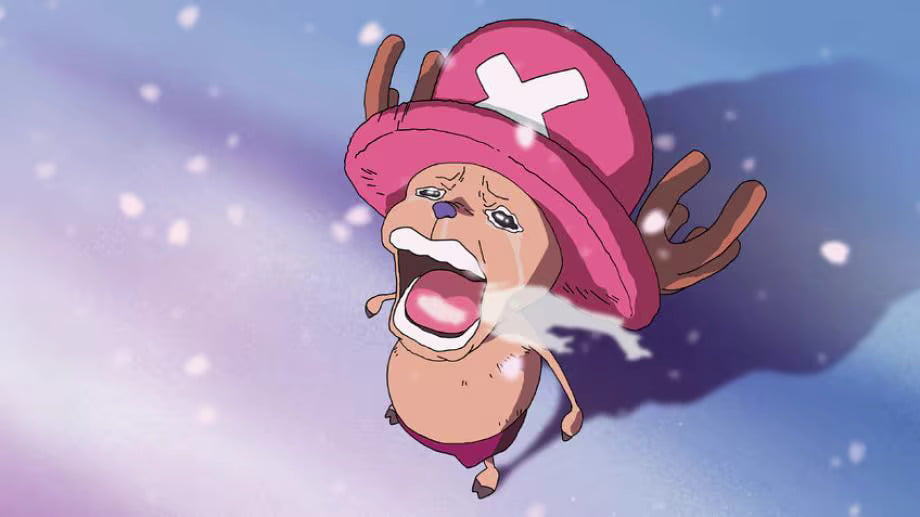 This episode is about the Drum Island arc from the anime but has several changes. For example, Robin and Franky are already on the crew, the characters are traveling with their ship, and Vivi does not appear. 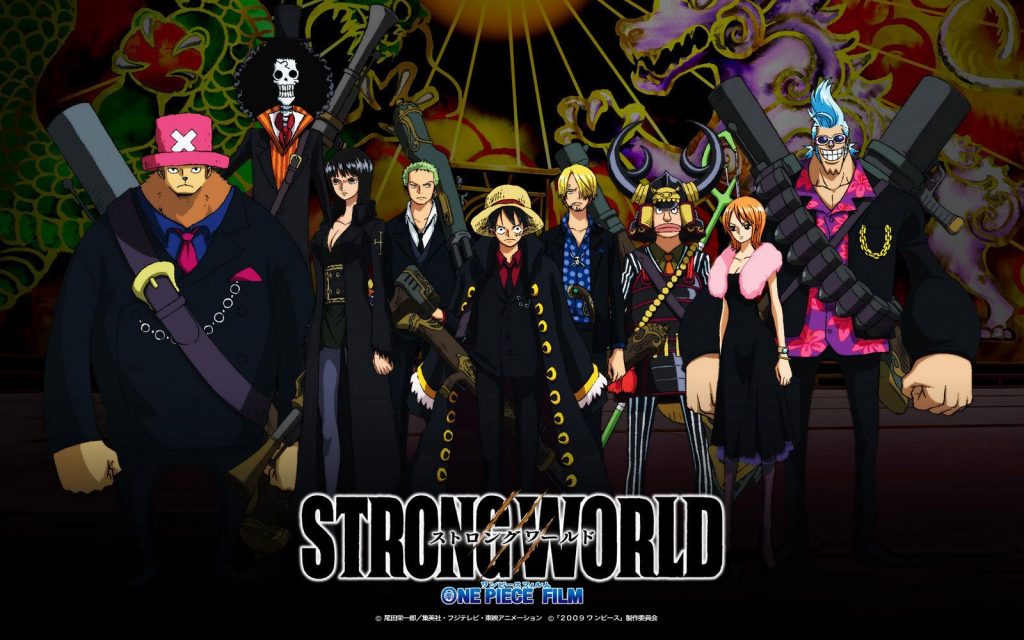 The Straw Hat Crew finds out that the East Blue is in danger and goes there to see if their friends and hometowns are safe. Along the way, they find a mysterious ship floating in the sky and its captain is Shiki, The Golden Lion. He has crossed paths with great figures such as Gol D. Roger and Whitebeard. Luffy’s crew becomes separated into a mysterious environment when Shiki kidnaps Nami. 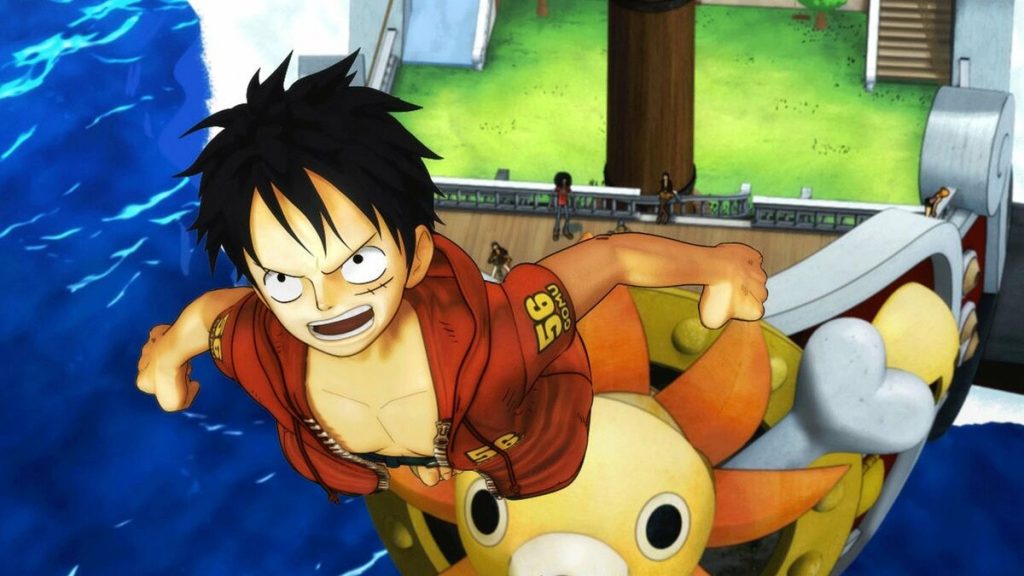 This was the first and only One Piece movie with 3D CGI animation. Luffy ends up losing his precious straw hat when he falls asleep, but soon the bird holding it starts flying away with it. His crew starts chasing the bird to get the hat back while they encounter various obstacles they need to overcome. 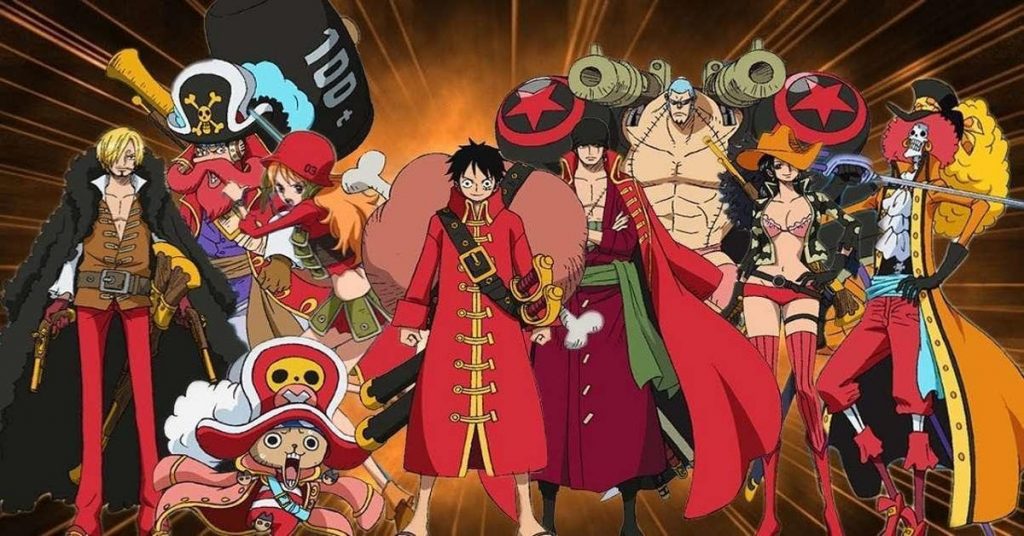 This movie takes place after two years when the characters were introduced to the New World. The protagonist, Monkey D. Luffy, meets a former Marine Admiral, Z. Z stole some dangerous weapons that are said to be on par with Ancestral Weapons. These weapons known as Dyna Stones were taken by Z and so they are being treated as a major threat.

So, in the end, Z meets up with Luffy and his crew. Since Eiichiro Oda also helped make this film as an executive producer, it’s even better. 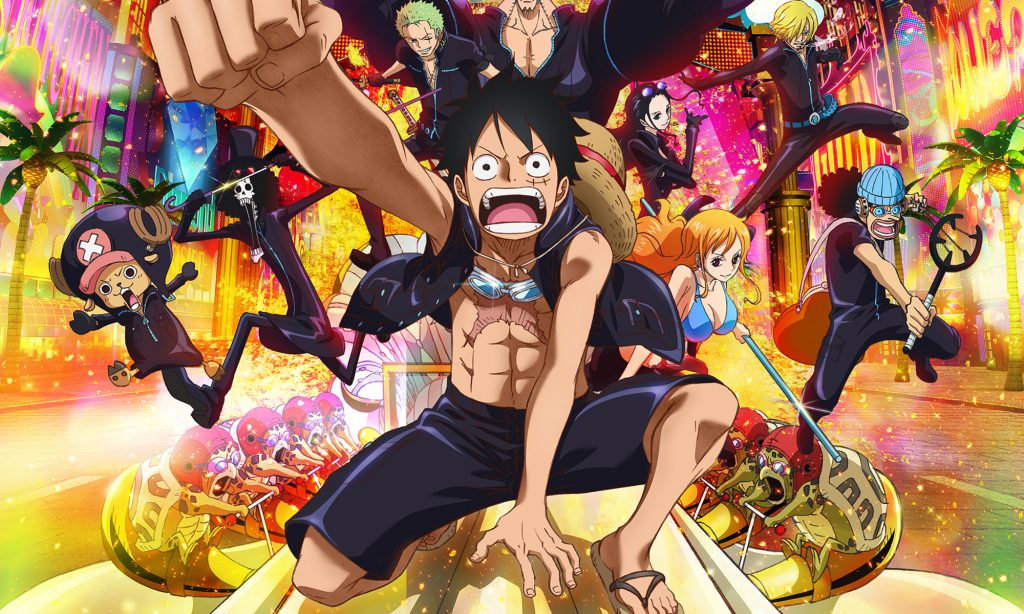 Luffy and his friends head to Gran Tesoro, the biggest city of casinos and games in the world. Gild Tesoro runs the place, which offers a place for people from all over to place bets without fear of intervention from the World Government. 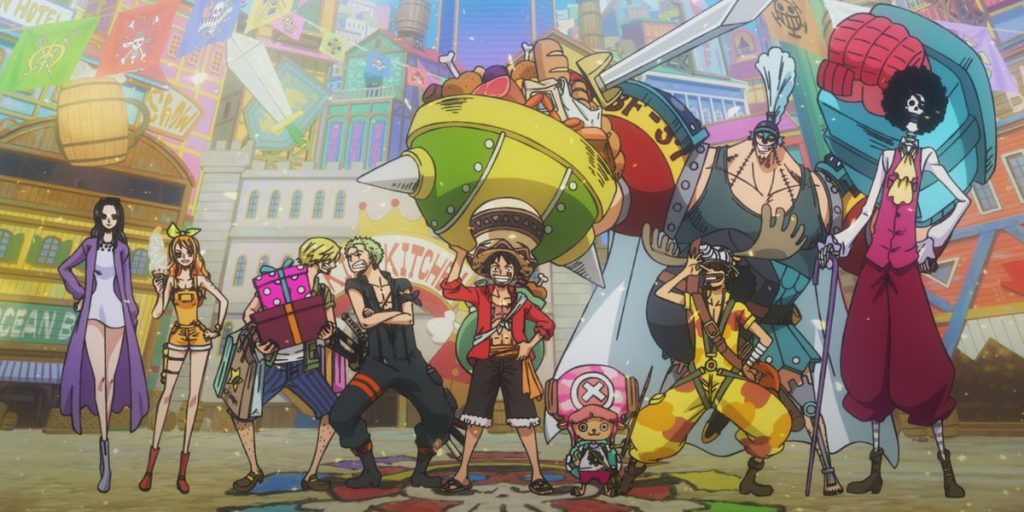 The Straw Hat crew is invited to a Pirate Festival, where they meet many well-known pirates such as the Worst Generation and the Shichibukais. The festival’s prize is a treasure that belonged to Pirate King Gol D. Roger, which 40 different characters are competing for. 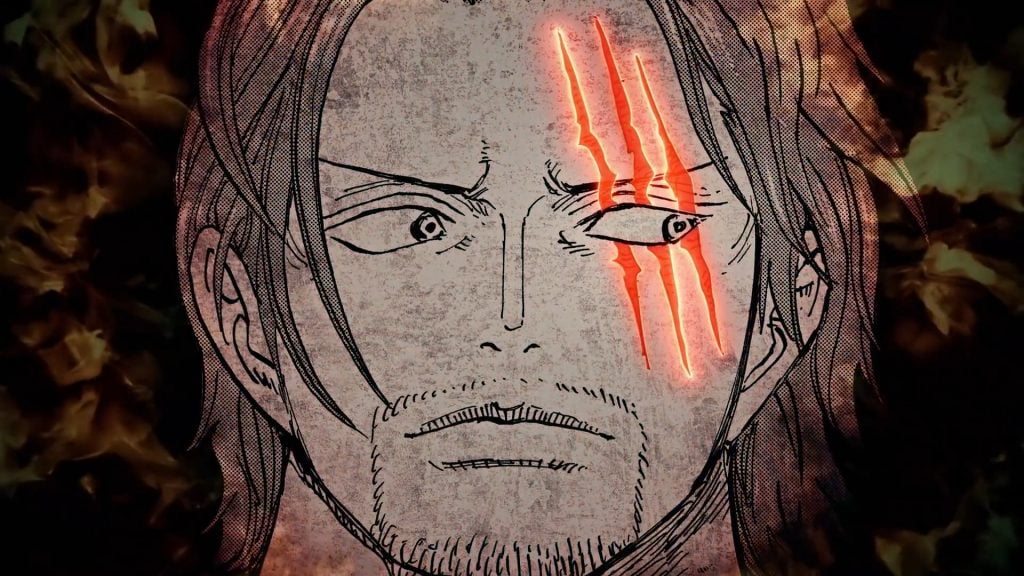 This is the last known One Piece movie to date and it will be released later this year. Uta, a famous singer known as Shanks’ daughter, was also crossing paths with Luffy and his friends at a music festival. No news about the movie has been revealed other than it is coming out soon.

Uta appears to be the main antagonist of this film, and there will be a great relationship between her and Shanks. Shanks’ participation may be small because he is still a mysterious character in the manga. One Piece Movie: Red premieres at Japanese cinemas on August 6th. 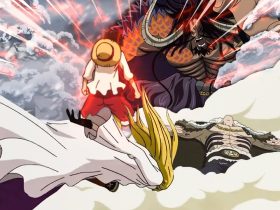