Akimichi Chocho is a female ninja, commonly called ‘Kunoichi’ from Konoha village, and she comes from the Akimichi clan. She was joined by Inojin Yamanaka and Shikadai Nara and formed the new generation Ino-Shika-Cho trio in Boruto. Chocho is the son of Choji and his mother, Karui.

Like her father, Chocho never refuses food and sometimes doesn’t care about training with the Ino-Shika-Cho members to have a meal with his academy teacher, Mitarashi Anko.

10 Facts About Akimichi Chocho That You Must Know! Chocho has a lot of potential power. She has two types of chakra. One was the lightning element she obtained from her mother and another power from her father’s bloodline, and she knew about the ability to stretch her body. 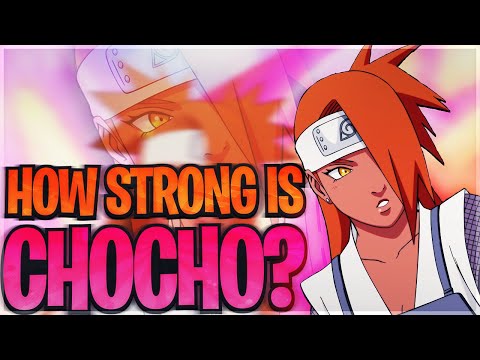 Throughout the story of Boruto Naruto, the Movie Boruto: Naruto Next Generations, and Ova. Chocho has exhibited 5 Jutsu. The average comes from Naruto Gaiden:

3. Chocho is the Daughter of Akimichi Choji and Karui.

After the fourth world war ended, Choji met and married Karui from the hidden cloud village. Karui was separated from the Kirigakurei team, known as Team Samui, and separated from Division 2. Since Choji lived in Konoha, and Karui was from Kirigakure, Karui married Choji and decided to start their family in Konoha.

4. Chocho is in the Moegi team Like the previous generation, she is part of the new Ino-Shika-Cho, and their team leader is Moegi. Moegi is a girl from Konohamaru’s team.

5. Chocho’s birthday is on August 8th

In the Boruto Databook, it has been confirmed that Chocho’s birthday falls on August 8th! Since Choji ate a dangerous pill from his clan, the Akimichi clan, during the Sasuke Retrieval arc, he no longer needed the pill to unleash his power. But ever since he had Chocho, she could use the pill’s power without even having to take the pill first.

7. Chocho is addicted to eating chips like her father 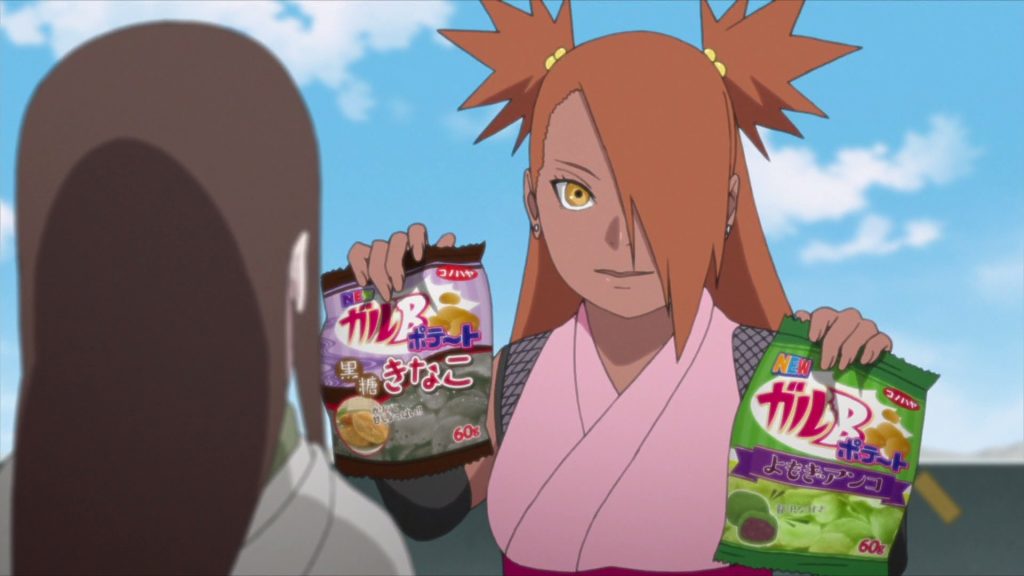 Even though Choji has explained that he constantly eats to build up his chakra, it rubs off on Chocho, who has a massive fondness for chips. He even showed off his various flavors of chips. Even though he is part of Ino-Shika-Cho and almost not always with Shikadai and Inojin, Chocho decides to always be with Sarada in all activities at school.

9. Chocho can add the lightning element to her true chakra

Chocho can combine her lightning element with her Akimichi clan’s signature Jutsu technique.

10. In the Boruto generation, Chocho has enormous power.

These are some interesting facts about Akimichi Chocho that Naruto Boruto lovers must know. Don’t forget to share with your best friends! And also read other cool articles on Otakukan. 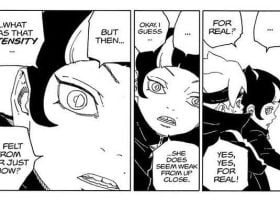 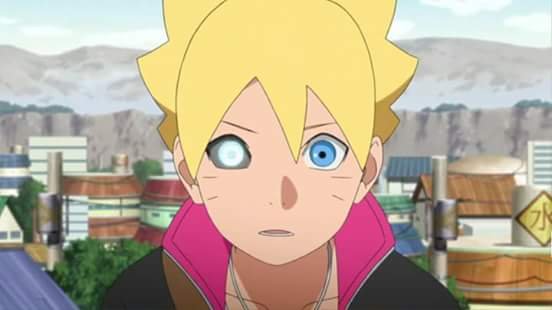