Boruto: Naruto Next Generations is taking a completely different course than Naruto Shippuden, but without deviating too much from the main points of the work.

One of the biggest mysteries of the sequel was the Karma Seal, but that changed a few months ago when Boruto’s manga revealed everything we needed to know about him.

To facilitate the understanding of those who read the monthly manga or want to know what’s to come in the anime, we gathered everything we know about the Seal of Karma so far, including all the powers it grants.

ADVERTISEMENT . CONTINUE READING BELOW.
Contents show
What is the Karma Seal?
Powers of the Seal of Karma
1.Ninjutsu Absorption
2. Ability to Fly
3. Chakra Stealing
Space-time ninjutsu

What is the Karma Seal?

Karma is a special power of the Otsutsuki Clan, which allows the user to transfer a seal to anyone’s body, which then becomes a vessel.

This Seal contains all the biological data of an Otsutsuki and brings them back to life in the worst scenario. Momoshiki passed the Karma seal to Boruto just before he died, and Isshiki did the same with Jigen.

Karma gives incredible powers to people who have it. However, he takes care of the body of these people over time. Little by little, the Seal extracts the Otsutsuki data inside the body of the receptacle until the old body becomes a perfect image of Otsutsuki.

When this happened, the transfer was completed, and the Otsutsuki was revived entirely, taking the vessel’s body for itself.

Powers of the Seal of Karma 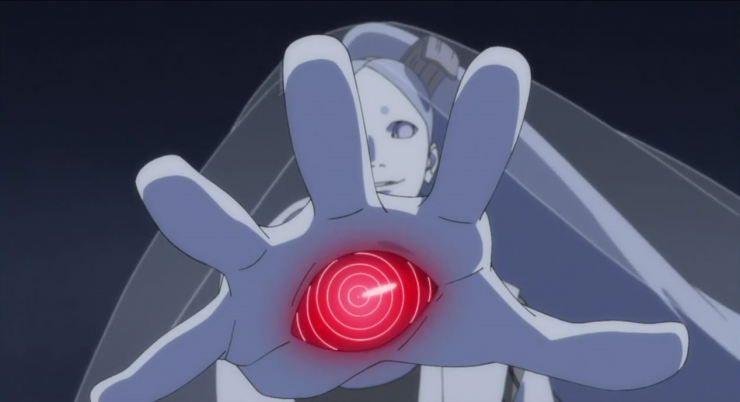 One of the most essential skills of Karma is the ability to absorb virtually any chakra-based ninjutsu. Some skills derived from natural elements, like the Kashin Koji flames for example, cannot be absorbed by Karma since the flames were not a Jutsu itself. However, absorption works in almost every ninjutsu we know. 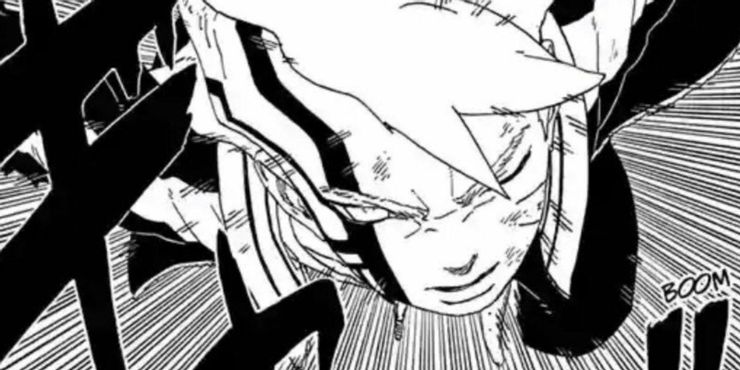 The ability to Fly is one of the main skills of the Otsutsuki Clan, and therefore it is only natural that the bearers of the Seal of Karma also receive this ability. However, this ability cannot be used in the most basic form of Karma and is only available during the second phase of the seal. 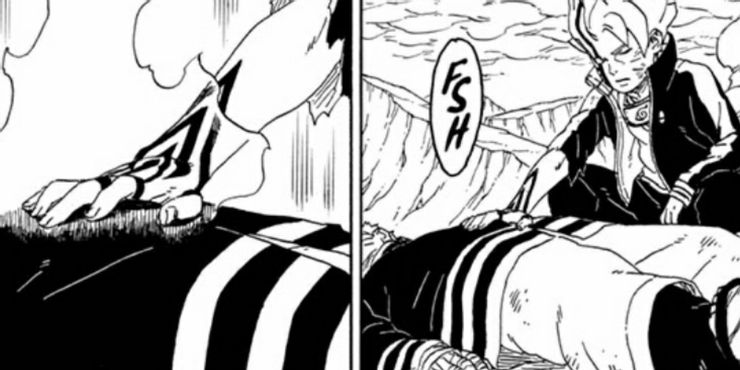 This power is similar to the chakra-stealing technique of Rinnegan’s Black Path. As the name suggests, this power allows the user to steal chakra directly from someone else’s body.

Boruto used this technique to borrow Naruto’s chakra to finish Boron. This technique is much more potent than it looks, after all, it restores the user’s chakra reserves while draining the target’s with a simple touch. 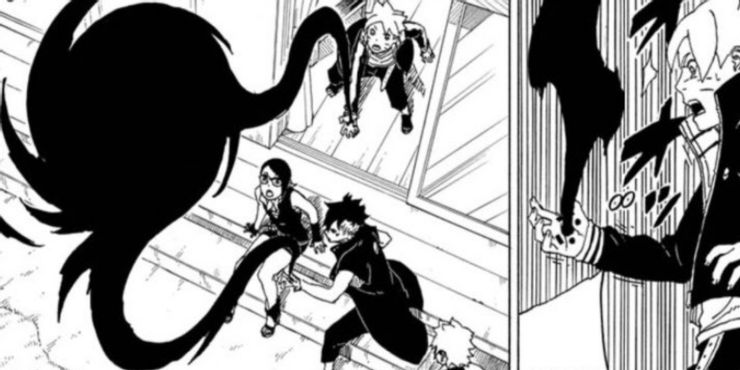 One of Karma’s most powerful and advanced skills is space-time ninjutsu which allows the user to transport himself into various dimensions. Jigen could access several dimensions at any time, thanks to his Karma Seal.

Both Boruto and Kawaki also have this power, but they still don’t have enough chakra to use this Jutsu on their own. However, they can use the technique when activating their Karma Seals at the same time, as we saw in the manga. 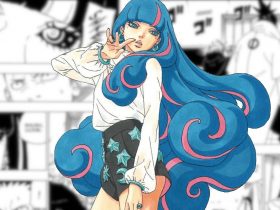