Shield Hero is an anime that tells the story of four young people who are summoned to a world parallel to our own. There they are granted supernatural abilities and tasked with saving this new world from a great evil. If you’re looking for something similar, then

In this post, we will provide recommendations about an Anime like The Rising of the Shield Hero (Tate no Yuusha no Nariagari).

Contents show
Anime Like The Rising of the Shield Hero (Tate no Yuusha no Nariagari)
8. Kaze no Stigma
7. Zero no Tsukaima
6. Re: Zero − Starting Life in Another World
5. Sword Art Online: Alicization
4. The Legend of the Legendary Heroes (Densetsu no Yuusha no Densetsu)
3. Absolute Duo
2. That Time I Got Reincarnated as a Slime
1. Overlord

This anime has the most similarities to The Rising of the Shield Hero, like the MCs are driven out by people they trust. It’s just that Kaze no Stigma was expelled because the mc couldn’t use his power as the heir to the family while Tate no Yuusha no Nariagari was expelled for being slandered.

Besides that, there are other similarities between the two series, when he returns, the mc becomes an overpowered badass character with extraordinary strength.

Zero no Tsukaima may only have a slight similarity, especially in terms of fellow Isekai anime with royal backgrounds.

Apart from these two things, there is actually one more slight resemblance, namely the master and slave relationship between mc and heroine, but zero no Tsukaima happens the other way around where the main character is the slave of the heroine.

6. Re: Zero − Starting Life in Another World

The Next Best Anime Like The Rising of the Shield Hero is Re: Zero where both are Isekai Anime which is famous for their beautiful characters and waifu wars.

The similarities in this series are actually less,  the main character does not think that the other world he enters is not a mere game world because he has experienced various tragic events in his life.

So if you are looking for Anime Similar to The Rising of the Shield Hero full of tense stories, this series is highly recommended.

This one is already a popular anime that many fans know about where it’s loved by many as well as hated.

Well, the reason this series Sword Art Online is included in the list of anime like Tate no Yuusha no Nariagari (The Rising of the Shield Hero) apart from both having the Isekai concept, the two MCs are also underestimated and considered low, but in reality, they are epic and fun actions to watch.

4. The Legend of the Legendary Heroes (Densetsu no Yuusha no Densetsu)

Although the two animes have very different concepts, which is The Rising of the Shield Hero, is an isekai game anime while Densetsu no Yuusha no Densetsu is a pure fantasy anime, you will feel the similarities if you watch it live.

Both series have action stories that are very fun to watch, thick fantasy elements, and the main character who takes on the role of a legendary hero.

The only major similarity of this series Similar to Tate no Yuusha no Nariagari is that the main character fights with a very strong shield weapon.

However, in terms of story, Absolute duo may still be inferior to The Rising of the Shield Hero because this series is an ecchi harem anime genre but this series is still fun to watch.

2. That Time I Got Reincarnated as a Slime

Both are Isekai anime with anti-mainstream stories where the two MCs both experience reincarnation with weak powers and throughout the story the MC tries to become strong and has the ability to absorb other people’s strengths.

This is natural, basically, for the anime itself, there are not many series that have a big resemblance like The Rising of the Shield Hero, so we can only provide a list of anime with a slight resemblance.

But for the manga, there are actually several series that are similar but unfortunately, the anime has not been released yet. and the manga list includes:

That’s a list of Anime Similar to The Rising of the Shield Hero, if there is something missing or an error, you can fix it by telling us via comments or contacts that have been available to make this article better. 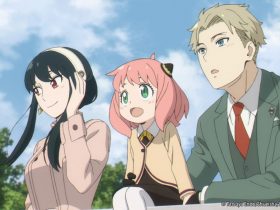