Zero no Tsukaima, also known as “The Familiar of Zero” or “Zero,” is a Japanese light novel series written by Noboru Yamaguchi and illustrated by Eiji Usatsuka.

There are 6 novels in the series, with the first volume published on November 10, 2002. The story follows a young girl named Louise Françoise Le Blanc de La Vallière who attends a magical academy to become an accomplished witch.

So if you have any plans to watch this anime now or later do follow The Familiar of Zero Watch Order listed Below:

Studio J.C. Staff-created The Familiar of Zero series, which is adapted from a manga written by Noboru Yamaguchi and drawn by Eiji Usatsuka. 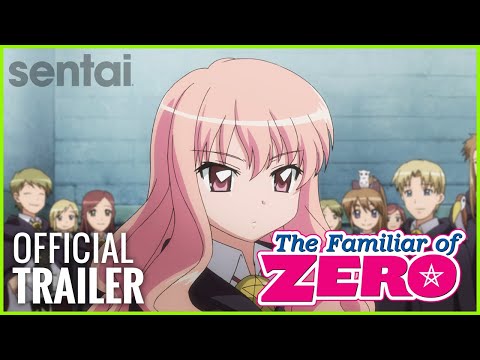 Louise Zero is a mage at the Trista Academy of Magic. She cannot use her magic properly, resulting in zero success. Louise gets 0% on her test and needs to summon a “familiar spirit” who is her partner and servant.

She ends up summoning an average Japanese boy named Satoshi (Saito). They are both unwilling to accept each other but it turns out they have no choice so their life together begins.