Seitokai Yakuindomo is a Japanese anime series that follows the daily lives of students in the student council. The show is set at Hekiyou Gakuen, which while not necessarily one of the more prestigious schools in Japan, still has a functioning student council and other clubs.

The show can be enjoyed by people who like comedy and slice-of-life shows because it contains plenty of humor to go around. If you’re interested in starting this series for yourself or want to know what Seitokai Yakuindomo watch order to watch episodes, then this blog post will help!

This was the chronological Seitokai Yakuindomo Watch Order which includes Movies and OVA’s as well. In case you wish to know the main characters of the series we have listed those below. 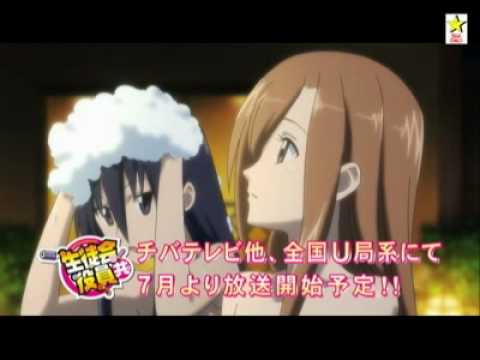 Takatoshi Tsuda is a new student in Ousaï High School, being close to his home. What he doesn’t know is that he is the only and first boy to enter this high school, which was previously a high school for girls.

Osai School used to be an all-girls school but hasn’t been for some time now, the student body is now made up of 524 girls and 28 boys. Then suddenly, Takatoshi Tsuda is forced to become the vice president of the student council in which he is the only boy among a group of girls.

Thus begins the high school life of Takatoshi, the only boy in his environment surrounded by girls.