The second season of ‘Rent-A-Girlfriend’, an anime series produced in partnership between TMS Entertainment and Studio Comet, is coming soon to Japan.

This time, anime will be highlighting Sumi.

The director, who also directed the first season, returns to handle scriptwriting duties. The visuals of the characters are created by Kanna Hirayama who had also worked on  (Goblin Slayer, The Promised Neverland). 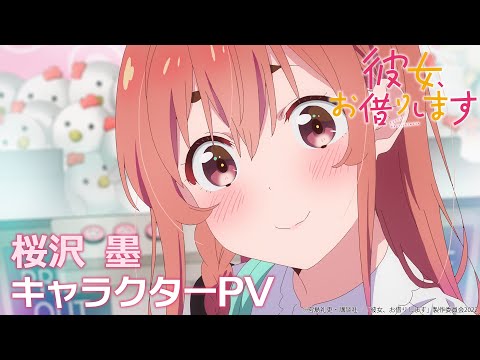 As of now, we do not have a release date yet, however it will take in July in Japan.

Kanojo, Okarishimasu tells the story of Kazuya Kinoshita, who is trying to cope with being abandoned by his girlfriend through the use of an app that lets users rent another person. He meets Chizuru Mizuhara, who seems to possess all the qualities he would want in a girl.

But Chizuru reveals her true nature, which is different from the impression initially given.

Kazuya receives the news that his grandmother has been hospitalized and he must take Chizuru with him to the hospital.

Kazuya’s grandmother is overjoyed that Kazuya has finally found a girlfriend, which has always been his wish. Although it doesn’t last long, their fake relationship helps both to cope with the difficult situation.