In an official statement, Kadokawa has confirmed that it is producing a sequel of Made in Abyss: The Golden City of the Scorching Sun, the anime’s second season.

The show was completed a few months ago.

There are no details on the format as yet. So it could be a traditional season with multiple episodes or a feature film (something traditional in the franchise).

The Golden City of the Scorching Sun is available through Crunchyroll, with twelve episodes. 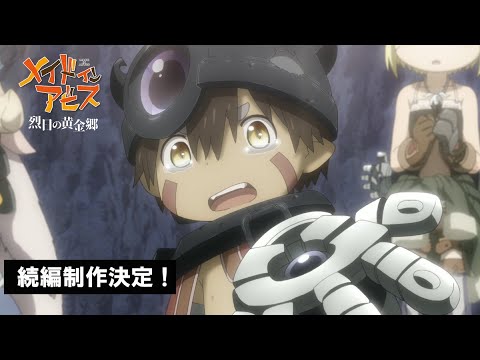 It is worth remembering that, unlike most anime, Made in Abyss considers its films canon.

After the first season (or its movie adaptations, which were the first two movies), you must watch Made in Abyss: Dawn of the Deep Soul before starting the second season. The third film explains a lot about the new characters that appear at the very beginning of the second season.

Made in Abyss revolves around a crater on a lost island, discovered some 1900 years ago, of unknown origin and depth. Called the “Abyss”, the giant opening houses the remains of ancient civilizations and fantastic creatures deep within its many layers, leading explorers to face countless dangers in search of adventure and prestige.

In this environment, Riko, a twelve-year-old girl, sets out on a journey to the bottom of the Abyss in search of her mother.