Netflix has released the ending theme for the second season of Komi Can’t Communicate. It will premier on April 27th.

Performed by the group FantasticYouth, its title is “Koshaberi Biyori”.The exhibition in Japan is already underway. 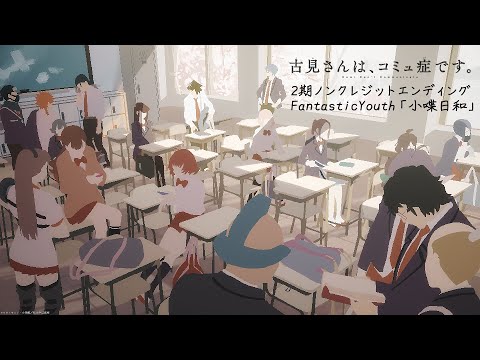 The anime, based on the manga of the same name, is a production by OLM. The show is directed by Ayumu Watanabe, who also has a lot of input into the story. Deko Akao is in charge of writing the scripts and producing the script.

The plot features Shouko Komi, a new student at the elite Itan school, soon winning over her classmates for her beauty and elegance. Her classmate Hitohito Tadano, the boy next door, discovers that the girl has serious problems communicating with others.