Anime openings are an essential part of the series experience for many fans. They don’t just set the tone for the show; they also usually have some of the best music, animation, and visuals you’ll see in any anime.

And one of the things Black Clover excels at is opening themes. Ranking these songs was actually pretty difficult since they’re all bangers. I had to come up with my own criteria for scoring certain aspects of the song, which is what you’ll find below. And before some of you inevitably complain about my rankings, no, these are purely my opinion and are not meant to represent that this is what everyone thinks.

Miyuna’s “Gamushara” is the fifth opening song of Black Clover. The song was released on December 6, 2017, and is included on the “Black Clover Opening Song 5” single. The opening animation for “Gamushara” features the black bull Asta and the other members of the Black Bulls squad as they go about their everyday lives in the Clover Kingdom.

The sequence also includes a preview of the upcoming arc in the story, which focuses on Asta’s training with his fellow squad members.” Gamushara” is an uptempo rock song with a strong beat and an infectious hook. The lyrics are about never giving up and fighting for what you believe in, even when the odds are against you.

This message mirrors the themes of determination and perseverance that are central to Black Clover. Miyuna’s powerful vocal performance brings “Gamushara” to life, and the song’s catchy melody will stay stuck in your head long after it’s over. If you’re a fan of Black Clover or just looking for a great new anime song to add to your collection, be sure to check out “Gamushara”!

The song is an upbeat and peppy track that perfectly sets the tone for the show. It’s catchy and will definitely get stuck in your head after a few listens. The lyrics are about a girl who is in love with her best friend, and she’s trying to figure out how to tell him.

The song is a perfect fit for the anime, and it’s sure to get you pumped up for each episode.

The song is an uptempo rock track with a heavy metal edge, and it’s the perfect way to start an episode of Black Clover. The lyrics are all in English and are about how the world is dark and terrible. But that’s okay because we can find beauty in the darkness.

“There’s always something worth fighting for,” BiSH sings, “so let’s PAiNT it BLACK.” It’s a great message for the anime, and it’s sure to get you pumped up for whatever adventure Black Clover has in store.

With their third opening, “Black Rover,” Vickeblanka joins the ranks of other great anisong artists with more than two openings under their belt. The song is an uptempo rock track with a driving guitar riff and powerful drums. The vocals are catchy and melodic, and the song’s overall feel is positive and uplifting.

The video for “Black Rover” features the band playing in a dark forest, with occasional shots of them walking through the woods or standing in front of a tree. The video is simple but effective and matches the song’s energy perfectly. Vickeblanka is a great band, and “Black Rover” is another example of their talent. If you’re a fan of anisong, or just looking for a great song to listen to, be sure to check out “Black Rover.”

It’s a good song. The bass before the chorus kicks in is really something special, which is impressive because Black Bulls Jumping In To save Finral was one of the series’ best arcs.

The song was released on November 7, 2018, and was used in the anime from Episode 76 to Episode 87. The single peaked at #3 on the Oricon weekly charts and has sold over 34,000 copies. The lyrics for “Black Catcher” were written by Vickeblanka, and the music was composed by Ryosuke Nakanishi. The song is a synth-pop track with an upbeat sound.

The lyrics tell the story of a black cat that is always catching mice, but one day it meets a white cat and falls in love. The black cat then decides to stop catching mice and live a life with its new love.”Black Catcher” is a catchy and fun song that perfectly fits the tone of “Black Clover.” It will get stuck in your head after just a few listens!

The opening sequence for Black Clover is just as impressive as the show itself. Titled “Kankakupiero,” the song is performed by Gero. The upbeat track perfectly sets the tone for the series, and the accompanying animation is simply stunning. With a fantastic opening like this, there’s no doubt that the show will only continue to get better and better.

The song is an uptempo, electronic-infused pop track with a catchy melody and powerful vocals. The lyrics describe the strength and determination of the main character, Asta, as he strives to achieve his dreams.

The visuals are fast-paced and action-packed, perfectly complementing the song’s energetic vibe.”JUSTadICE (OP7)” is an exciting and motivating song that perfectly represents the Black Clover anime. It’s sure to get you pumped up and ready to take on whatever challenges come your way!

What I like about this song is that the tempo and the intensity never let up. It’s big and bombastic, yet it still has enough bounce to knock an elf from a possessed mage. What I didn’t like about Sky & Blue was how slow and mellow their music tended to be. This is what you need for opening music for a finale!

One of the things I love about this series is how it boldly declares that it refuses to be taken for granted. The song conveys this attitude from the get-go and continues to back it up with high-quality moments in every single arc. There’s not a moment that has slipped through the cracks regarding hype or quality. 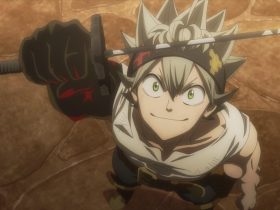 Best Black Clover Fights That You Must Watch 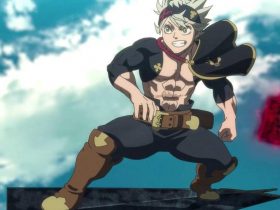 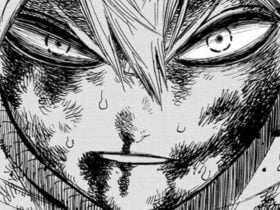 Black Clover will go on Hiatus after chapter 331